Microcars: origin and a bit of history

Can it be said that the motor carriages popular in the USSR were the prototypes of today’s microcars? It is unclear. What we can be certain of is that they were widespread in Europe following the two world wars and around the mid 1960s; after World War II they played a significant role in the mass motorization of Europe’s populace. Such designs, somewhere between a motorcycle and a car, were especially popular in post-war Germany.

What is a microcar?

The definition of these four-wheelers differs significantly in individual countries. The adoption of one classification or another usually relates to taxes or licenses, the driving license required by the driver of such a vehicle. Whether a vehicle is considered to be a microcar often imposes many restrictions or grants privileges, for example no requirement to hold a driving license.

Seats for only the driver and one passenger

Line-controlled brakes on wheels 2, 3 or 4

Many microcars also have the following characteristics:

Lack of a reverse gear

Lifting system for the bodywork instead of doors

Less than 3 m in length

A microcar is a four-wheeled vehicle with a construction up to 3 meters in length, an interior capacity of up to 2400 liters, and powered by a 15 kW (20 HP) electric motor or a fuel combustion engine up to 1000 cm3. 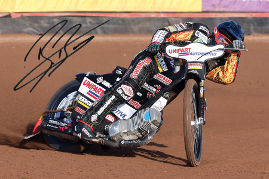 email: This email address is being protected from spambots. You need JavaScript enabled to view it.